To say that Paul Toth has been around the block a few times would be an understatement. But if there is one thread that has always run through his life experience is his passion for addressing needs and problem solving through communications.

Mr. Toth is a Communications and Information Professional and has been his entire professional life. That started in 1966 a radio station WZMF in suburban Milwaukee.  During the next seventeen years, he worked actively as a Broadcast Journalist, Writer, Producer, News and Weather Anchorman and New Director. Along the way, he covered the news, from telling the story of a day in the life of a Nebraska Farm Wife to covering riots and unrest on the streets during the Vietnam War.  He also captured life in the aftermath of tornadoes, hurricanes and other natural disasters.

By the mid-1980s, the technology he has used for Broadcast News Gathering was now available to help address other information needs.  He was part of a team of computer programmers and technologists who collaborated to create an advanced computer and video imaging system, ColorVisions™, for hair color manufacturer Clairol.  Hair coloring products are unique among cosmetic products.  Once the product is applied, it cannot be removed or washed away is the customer does not like the end result.  ColorVisions™ provided potential hair color customers with the ability to see on a video monitor a “true color” image of how they would appear as a blonde, brunette or redhead.  It enabled Clairol to educate customers about the subtleties of hair color and personal care products.

The ColorVisions™ project was just the tip of a very large iceberg as computers, networks, the Internet, high-resolution video and other emerging technologies were now starting to have an impact.  Mr. Toth worked with School Districts, the Transit industry and others to embrace these new technologies to solve problems.  At the same time, he took some time to jump into the world of Amateur Radio and become a licensed Amateur Radio operator.  Ham Radio has always been at the forefront of communications technology innovation.  Ham Radio operators have also played a prominent role during severe weather and other disasters.

In his twenty-five years as a licensed Ham Radio operator, Mr. Toth has applied the technology to help streamline how Hams in West Central Florida respond to severe weather.  In 2001, he helped create the West Central Florida Group, Inc., a non-profit, 501(c)3 organization that operates a multi-site, regional Amateur Radio communications system.  The NI4CE Repeater System works closely with the National Weather Service to support the NWS SKYWARN program for reporting severe weather events.  In 2005, Mr. Toth was named a NOAA Environmental Hero for his work during the hurricanes (Charley, Frances, Ivan and Jeanne) that beset the region the previous year.  You will still find him on the air directing SKYWARN Ham Radio Nets during severe weather events large and small.

"The best advice I can give anyone is this:  Think about a Best Case Scenario and image a Worst Case Scenario.  If you can do that, nothing in-between will be a surprise!” 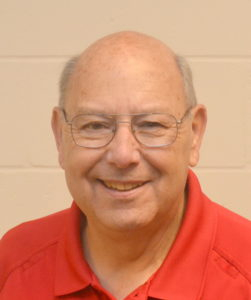 For a limited time, it is available at an exclusive price of $97, so act now!

Don't miss this opportunity to create your disaster plan and protect our future generation through this Emergency Action Planning event.